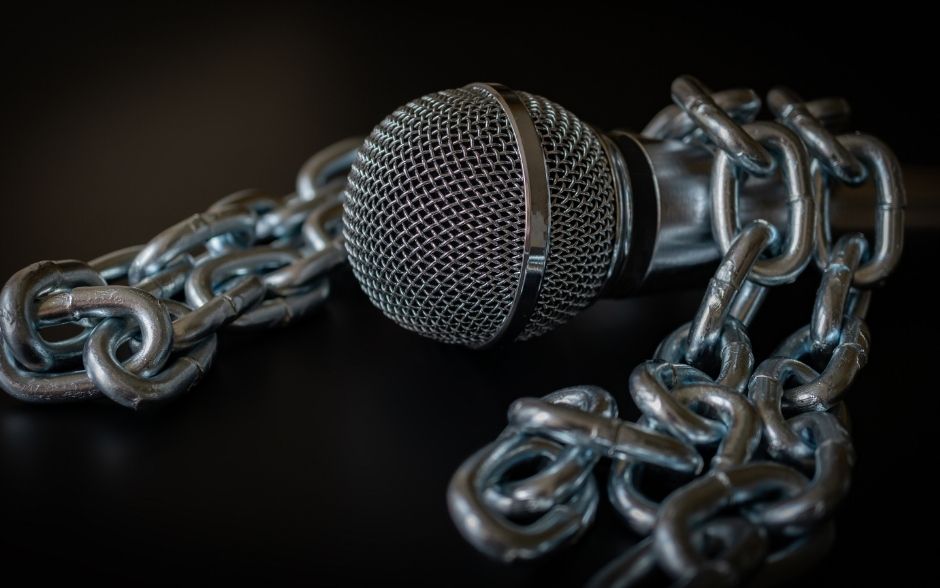 Last year Kenyan journalist Peter Maina and his colleagues were assaulted by police while covering a story on how police are using extreme violence against innocent Kenyans while enforcing COVID-19 mitigation measures.

These are among the many cases reported to rights groups and the Media Council of Kenya (MCK).

“May we bear testimony to the sacrifices of our fallen colleagues in the course of duty and rededicate ourselves to service for the nation. May we also defend media freedom from saboteurs and stand for the right of a free, but responsible media,” William Oketch, chairman of the MCK’s Complaints Commission, said on Monday, marking the day with the theme of “information as a public good.”

Amnesty said that across the region, media workers have been laid off, TV stations suspended or shut down, private press targeted, and journalists intimidated in a heavy blow to the right to freedom of expression and access to information.

Deprose Muchena, Amnesty International’s director for East and Southern Africa, said: “What we have witnessed in the past year, as far as media and journalistic freedom is concerned, can only be described as a dark period.”

Press freedom under attack in Somalia

Since last year, three journalists have been killed in Somalia by gunmen and al-Shabaab terrorists. Many journalists were also “beaten, harassed, threatened, subjected to arbitrary arrests, and were intimidated by the authorities, including by police, military and other government officials throughout south-central Somalia and in Puntland,” Amnesty said.

The National Union of Somali Journalists (NUSOJ) on Monday released a State of Media Freedom Report which details an atmosphere of media under siege, with two journalists murdered, 33 reporters arrested, and 113 others intimidated and assaulted in 2020.

“Not a single murder of journalists killed in 2020 has been investigated, resolved, and the culprit brought to book,” said NUSOJ Secretary General Omar Faruk Osman,

In the past Tanzania media watchdog the Communications Regulatory Authority (TCRA) made it hard for journalists to work in the country, such as by shutting down outlets for criticizing the government of President John Pombe Magufuli, who died this March.

When a new president took office later that month, she ordered the Information Ministry to lift the ban on certain media outlets operating in Tanzania, a move that many have hailed as positive for press freedom.

US Ambassador Donald Wright said on Monday: “With regard to the legal framework that makes it difficult for journalists to operate, I’m encouraged by the recent steps taken by President Samia Suluhu Hassan to lift some of the repressive restrictions on the media.

“I applaud such an initiative and urge all media stakeholders to embrace these measures in good faith, and engage in a productive dialogue to revise the laws that have undermined the free press in Tanzania in recent years.”

Wright commended recent moves by the government to hold accountable those who intimidate or harass journalists.

Rights groups said Uganda is still struggling to offer journalists a free environment, as the government has been arresting, assaulting and intimidating journalists. President Yoweri Museveni’s government, which has been in power for 35 years, has been asked to respect journalists’ rights for a better Uganda.

The acting US ambassador in South Sudan on Monday called on the government to improve media freedom by ending intimidation and harassment of journalists.

Larry André Jr, the US chargé d’affaires, urged the government to ensure a safe environment for journalists to work without fear.

“We call on the South Sudanese government to do everything in its power to ensure that journalists feel protected and supported in their crucial mission of getting accurate information to the people,” said Andre, addressing a virtual ceremony in the capital Juba.

No comments to show.